This game has been translated into French by Matthieu Bé, proofreading by Nicolas Folliot. The PDF is in the downloads for you. : )

What people are saying about 6e:

"Looks interesting, looks loose and easy, looks like some scribbles on a napkin for a game of pretend...

Which is just what it should be."

"This is PEAK diegetic advancement system. Light weight but so heavy with potential."

"Honestly still in awe of this."

"Just read through the rules and this is a really good and elegant game: read it, play it, hack it, break it, rebuild it, replay it"

"Feels like someone was putting me in a soft chokehold while I read this. 10/10."

"I... wanna break it apart and attach it to other games because I know it will only make them better. Every cog in this machine is a mind and a muscle that is amazing to be read and experienced. "

"This is just immensely clever and timely."
- Sealed Library

"This just ruined every other game for me, thanks."
- Nicholas

"This is a masterpiece. The beginning of something or the end of another... or it'll void the entire universe into a singularity and we'll reboot it."
- Bruno

"this is a cute take on re-making the Roleplaying Game Classique (tm) from the ground up and I'm into it."
- Carly

I wrote some classes for 6e. Feel free to check them out.

In order to download this game you must purchase it at or above the minimum price of $5 USD. You will get access to the following files:

I've a question ! When your stat is already changed (ex: Charisma is now Flirt.), it change when you roll with ? Flirt can become Persuade or when your primary stat become Flirt you keep it forever ?

Sorry it took so long to answer this. But yes, they continue to change each time you use them.

It's okay to take time or not saw something ! ^^ Thanks for your answer. Your game is priceless, I love it.

hey! this game is great,  i wrote some extra classes for this game to play a cosmic horror 1920s style setting  would it be ok for me to post them publically?

Of course! Go for it.

thank you!! here it is in case you're interested [invisible link ofc!]: https://laurieoconnel.itch.io/mythos-classes-for-6e

So basically the author put few goods ideas mixing OSR principles with shared storytelling and called it a game. If it's a joke it's a little funny. If not...

Hi, I'm the author, and yes, this is a game. Get over it lol

LOL yes, sorry to be a little more demanding from a published game.

It's free and no one asked for your feedback. : )

"A few good ideas, some principles, and shared storytelling" describes nearly every RPG. Your comment is poorly constructed and mindlessly cruel.

Yeah a bit I admit it. But sorry I only see a joke here. I don't even understand why people are enjoy it. It mix the weakness of OSR ("do what you want with the mechanics") and narrativism ( "build yourself you fantasy"). The result is nothing else but an empty shell. The author's anwers tell me it's just a work without ambition supported by people with low expectations.

Don't insult the people who support this game. It's unnecessarily cruel.

Whatever you think these comments are accomplishing they aren't, unless the goal was to look spiteful and envious. In which case GJ, A+

In reality, the only thing you have achieved here is ensuring that I will never read or buy any of your games docdandy.

Hello! Would it be all right if 6e was translated to Korean? (I'm the person who tweeted about 6e in Korean Twitterland.) Since it's getting a lot of attention locally, it was brought up to me that a Korean translation alongside the French version would be a good idea. Let me know either as a reply or on Twitter. :D I'm @heavenspider in English.

100%! It would be an honor to have the game translated.

Hi Bats ! I translated your game in french if you are interested to spread the love in another language :)

Hell yes! I would love to.

That's so cool ! Be my guest, here is my translation https://docs.google.com/document/d/1OxZQEM6E--n9NxW7WpupeNjEbw3FiPvIUv4KOYuisas/...

Do you need a pdf version ?

I can export this as a PDF. This is beautiful lol I've never had a game translated before.

Thank you so much.

Your game has already been played by French people, so making a translation makes sense.

If you agree, I will also translate your class supplement :)

Feel free! That's exciting to hear that people are playing it.

I don't know what I was expecting when I opened this. Probably something pretentious, maybe something I'd find pretty but unusable.

My expectations were entirely wrong. This is rad.

This is the SWORDDREAM-est OSR rpg I have ever seen. It hits most especially the #6, #,7 and #8 principles.

I... wanna break it apart and attach it to other games because I know it will only make them better. Every cog in this machine is a mind and a muscle that is amazing to be read and experienced.

6e saw a dead horse, swallowed it whole, and spit out a beautiful skeleton. Behold a reclaiming. Play this and remember what role-playing games are. It is really fucking good.

This adventure faces you all in a row pointing north-to-south. It lays your bodies down. It opens your mouths. It extends your group’s left hand, the one farthest to the east. It places this hand perpendicular with your splayed lips. It opens the camera lens built into this hand and a lens watches the sun fall into your mouths. A recording saves to become real. It fridge-door-shuts your mouths, your hand’s camera lens and twilight. It tells you to get the sun out of you, to ring it dry to help it rise exactly 8 hours from now, that to do so sooner is to see darkness root across the sky, branch and flower then meat and flesh over stars until all is made a hidden seed to grow into more darknesses in more skies, that to do so later is to see exactness plate and table the sky as a banquet for other skies seat at and consume. It is asking you to rip a star out of your bodies. This adventure asks you to come at it. 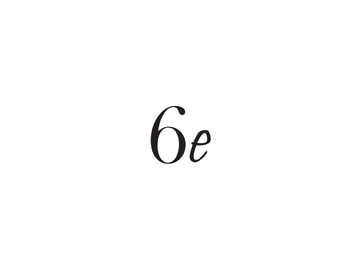